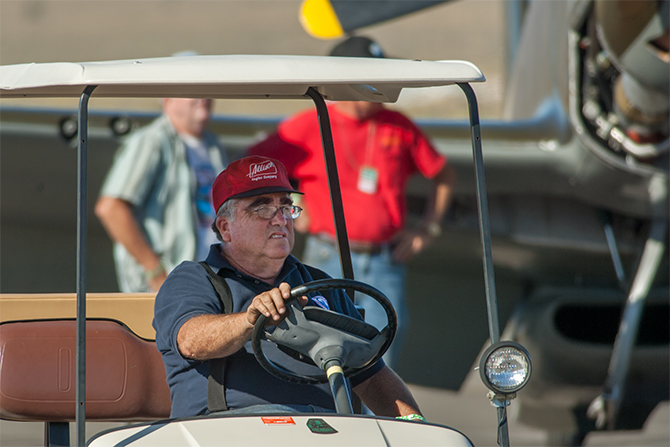 Here is Jerry in 2005 at the Reno Air Races. He loved being at Reno. 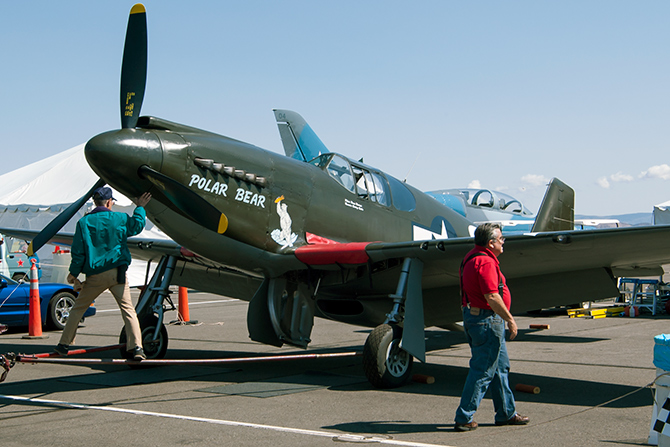 I first met Jerry in 1998 or so at the Hollister Airport. He was very approachable and willing to talk about his P-51. He was working on a few projects and I had some extra time and asked if he needed any help. He said yes, so over the next few weeks I helped with some instrument installation and wiring - you know ... hold this, don't touch that. He was very trusting. One evening, he handed me a large punch and I proceeded to put new hole in his panel. 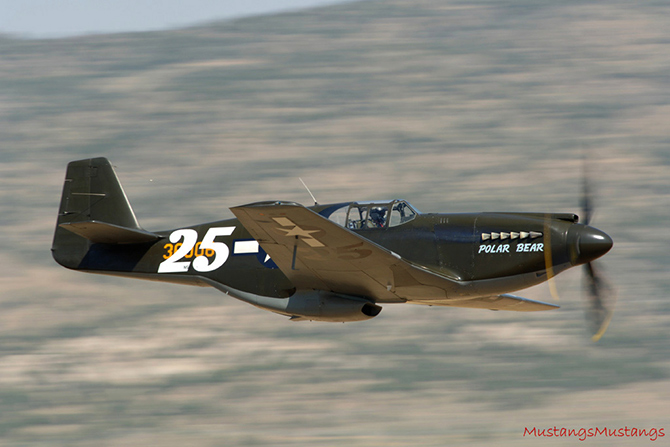 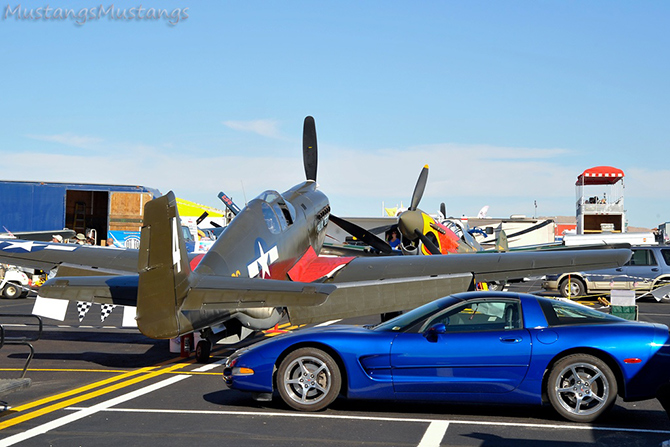 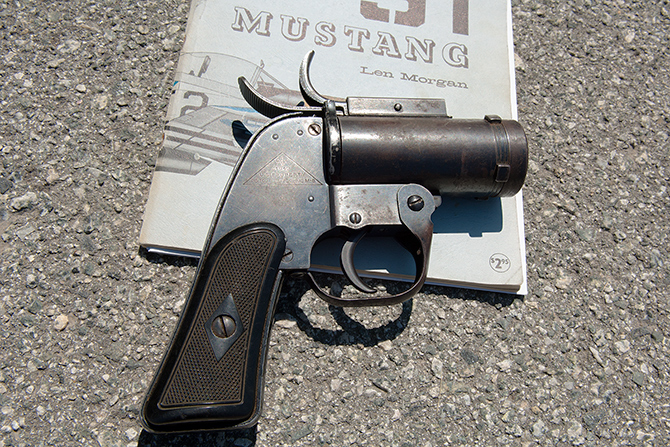 Jerry was always willing to show you cool things he has acquired over the years. One time before Reno 2006, he was hustling to get his Allison running good and told me come check something out. He had an original WWII flare gun used by pilots to signal for help - very cool.

I always wanted to get a ride in the "bucket" as Dan called the back seat of Polar Bear. I mentioned it one day and Dan said "let's go". Yes, I'm excited to feel Allison power up close. We went to Jerry and he had no problem with it, but Polar Bear was buried deep in Jerry's large hangar. Never did get that memorable ride. 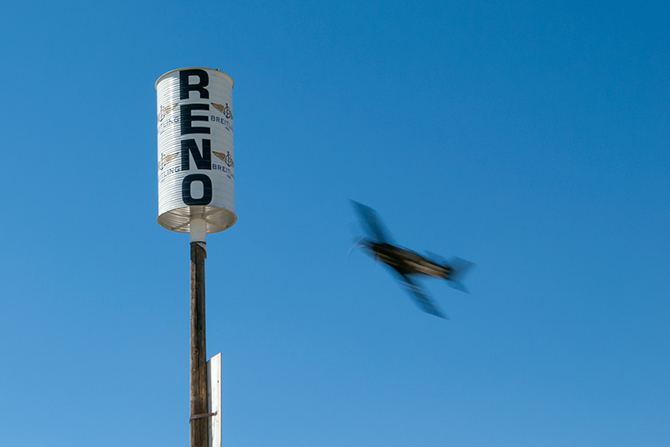 I will miss Jerry. I respect him greatly. When I asked him why he stopped flying the P-51, he said that he did not have the total confidence he used to have when flying it. I flew with him a couple times in his T-6. On one flight we were ready to launch to get some air to air shots of Dan Martin flying a newly restored P-51 (can't remember exactly which one). The winds were gusting and bouncing between 24/31. We loaded up, started up. Shortly after, Jerry shut down and said he didn't feel comfortable with the conditions. Of course I was a bit disappointed, but I respect a guy that knows when to say no.