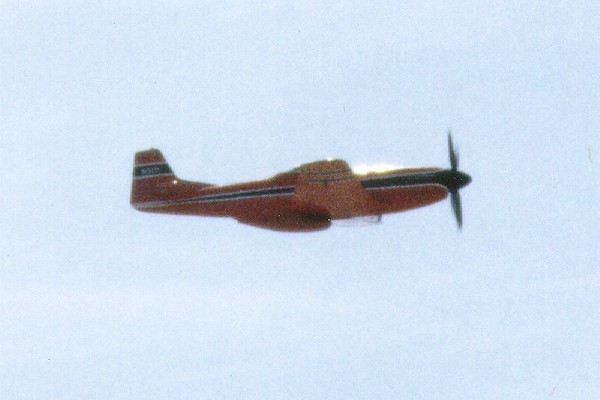 << Case # 15
Who?   Case # 16
Case # 17 >>
P-51 Who? Viewer Responses
Dan Martin
Mustang at Madera was that of Ted Contri. It went to Bob Pond, then to Bernie Jackson. Depending on what year it was taken at Madera, that could be me flying it.
MustangsMustangs
Well, Jim missed it the first try but regrouped and nailed it on the second try.
He had the correct owner, but the wrong P-51.
James Church
" So here goes my second attempt...... Could it be Bernie Jackson's N251BP, s/n 44-84753? He purchased it from Bob Pond, through Courtesy Aircraft, in 1998. When it was owned by Bob Pond, it was known as "Mighty Moose," and its paint scheme loosely (very loosely) represented the mount of 357th FG ace M.A. "Moose" Beacraft. Before Pond purchased the aircraft in 1986, it had been owned by Ted Contri, of Reno, Nevada. It was one of two Mustangs owned by him over the years to carry the same registration of N51TC. I believe your photo shows it during this period. Before that, it was registered N5436V, and was based in California. "
MustangsMustangs
Ted owned this aircraft at the time of the photo but might not have been the pilot. During this time period, Dan Martin was known to be flying this P-51 at times. His Ridge Runner III was down for repairs.
Case Closed! 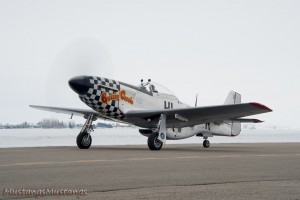