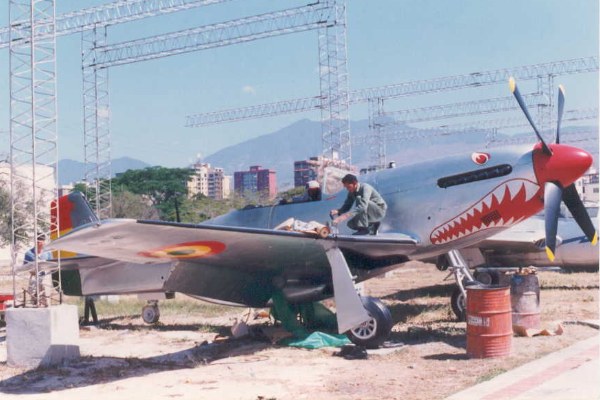 << Case # 178
Who?   Case # 179
Case # 180 >>
P-51 Who? Viewer Responses
Mario Overall
Definetively a Bolivian Air Force Stang.
Mario Overall
After showing the photo at the LAAHS Message Board (http://www.laahs.com/wwwboard/wwwboard.html) our fellow member Juan Aparicio came up with some clues. This particular Stang, ex Uruguayan AF, and ex Bolivian AF is now at the Venezuelan Air Force Museum. According to Dan Hagedorn's book on the LatAm Mustangs, its US Previous ID is not known. The plane sports now Venezuelan markings.
Martin Kyburz
This is a very probable solution:
45-11458; to RAAF as A68-801 in September 1945; served with No. 77 Sqdn in Korea (delivery on November 19, 1950); sold to US Aeronautics Corp. on February 23, 1953; adopted civil ID N4686V; sold to Bolivia as FAB-504 (date ?). see attached picture....
Possibly the a/c in Museum Maracay, Venezuela.
Alejandro Irausquin
The plane is not at the a/c in Museum Maracay, Venezuela. It was sold to a private collector. As part of the payment, a fiberglass reproduction of the P-51D was delivered to the museum, and it is the plane currently exhibited, hanging from a ceiling.
Alejandro Irausquin
Case not closed. The plane IS NOT at the Venezuelan Aeronautical Museum. It was sold to a particular colector.
David daly
Hi Guys the true ID of the grey 51 is unknown the 51 with the sharkteeth is my photo which i obtained from the FAV museum the id is 44-72059 and i also have photo,s of it being rebuilt in the US via Dick Phillips it was replaced by a fiberglass one for the museum gent man END of Story
Alejandro Irausquin
Dave Daly, that was the only P-51 in a museum in Venezuela. FAV did not had P-51s. It was received with the FAB paint scheme with the shark teeth, and then painted in a fake FAV paint scheme in gray. Thanks for solving this, it was a true headache. Could you please share with us photos of the restoration? Please write to alejandro.irausquin at gmail dot com
JRO
2020 and still not entirely solved, due to grey transaction, FAB-504 (ex 45-11458) gifted to FAV museum ca. 1977 as thanks for F-86 transfer, still there in 1984 but painted with FAV colors.

ex 45-72059 mentioned above was FAB-513, sold through Sanford Aviation directly from Bolivia, currently N951HB, not the same airplane.

FAB-504 was not the only Mustang squirreled out of Bolivia, but one that will forever hide in infamy, as it was perfectly set for preservation in a reputable museum, before being “recovered”.
Tony valbuena
Where is the plane then?
Case Closed! 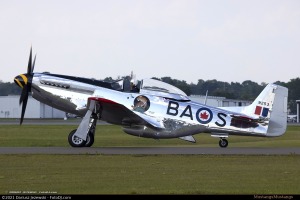