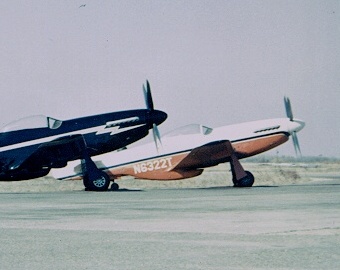 << Case # 18
Who?   Case # 19
Case # 20 >>
P-51 Who? Viewer Responses
Dan Martin
N6322T is X RCAF9283, 44-72990, one of 15 airplanes in the Canadian AF that was not permanently assigned to any particular unit. It was taken out of service Jan. 23,1951 and sold to a US buyer and became 6322T. I believe it later was sold to the US Army and is now in a museum some where.
MustangsMustangs
That's right Dan. This P-51 is at the Army museum in Fort Rucker, Alabama.
The army used it as a chase plane before retiring it to the museum.
Marshall Stambovsky.MD
Dr.John Peters showed me a picture of this plane he flew til it had front gear trouble. He said it was static at Edwards AFB
Joel Kline
My Grandfather Larry Kline Piloted this mustang at Edwards Airforce Base. The aircraft was used as a chase plane for arial photography. My grandfather was the last person to fly it before it was flown back to the museum in Alabama. I have all of the articles, news paper clipping, and log books for this aircraft. My grandfather was a retired pilot for the airforce and he accepted a civilian postion at Edwards Airforce Base at the time he was flying this aircraft. There were two of these planes and the paint jobs were similar. If anyone is interested, I have a lot of info about this particular plane.

Greg Kolasa
Does anybody have any really nice color photos of this aircraft? I'm working on a model for a magazine and I'm confused as to the true colors. Is it the same Olive Drab that the Army paints its staff transport (V.I.P.) aircraft? It always looks more green than olive. Any assistance greatly appreciated and will be acknowledged.
John Peters MD
can anyone can send me more information about the p-51 N6322T and does anyone have the complete articles.thankyou
Case Closed! 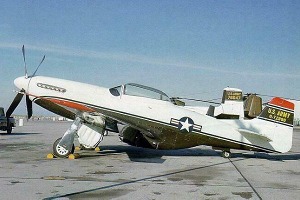