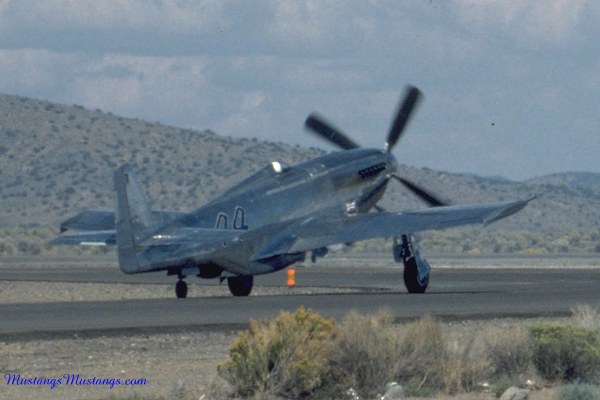 << Case # 215
Who?   Case # 216
Case # 217 >>
P-51 Who? Viewer Responses
Neal Nurmi:
N79111 -- formerly Galloping Ghost, Miss Candace, Jeannie, and Spectre; later the Leeward Air Ranch special. Still owned by Jimmy Leeward -- in storage.
Bob Burns:
that would be N79111, i believe aaf 44-15651, the leeward air ranch special in one of its many color schemes.
before that it was jeannie raced by the sanders truck lines.
before that miss cadace with cliff cummins at the helm.
before that the galloping ghost with steve beville and bruce raymond flying her.
Dave Zeuschel Jr
Started out in 1946 at Thompson Trophy races as #77,Galloping Ghost she took fourth place in the 1946 Thompson,flown by B.raymond; she took the same place in the 1949 Sohio trophy, flown by S. Beville. Then she flew as the Galloping Ghost throughout the 1960s,but was not raced.From 1969 to 1979 she flew and raced as #69 Miss Candace by owner Dr.Cliff Cummins N79111 named after his daughter. the renamed Jeannie by its new owner Wiley Sanders named after wife;Jeannie was developed by the late Dave Zeuschel as one of the most potent of all racing mustangs,Zeuschel undertook an extensive lightening program on the racer,getting the weight down to 6,100 pounds. The exploits of this aircraft could fill a book.In the photo Jimmy Leeward owns the aircraft now race x or Leeward air ranch racer.
Case Closed! 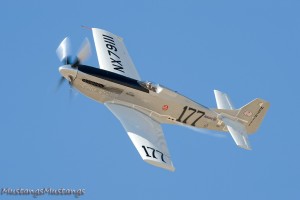