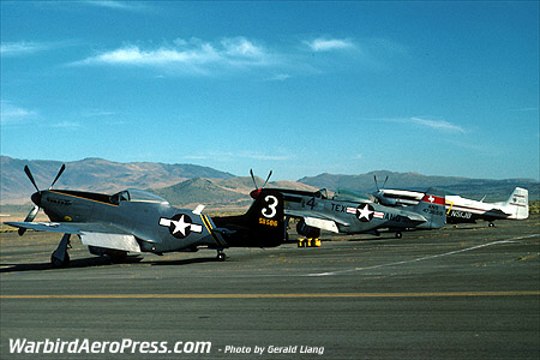 The back one is N51JB which is actually 44-63552, but is registered as 44-73029. It is presently BALD EAGLE, with Jim Beasley in Philadelphia.
Charles Knapp
I owned this aircraft for several years and flew it for pleasure only. I let Robert Guilford fly it from Santa Monica Airport and he flew it into the ground. I lost track after that and was just reaching back for a book that I am writing and wondering whether anyone has any info.
James Hoover
Minuteman participated in the 1977 Hamilton Ontario Intl Airshow