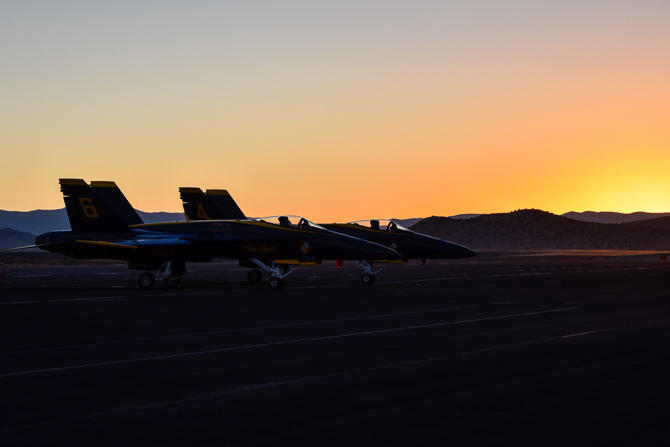 This year the big story was how many unlimited racers - 9, 11, 13? I can remember more than a full field of 28 showing up for the world's fastest motorsport. Last year's winner Strega is not here. Rod Lewis, owner of several warbirds including 3 unlimited racers is not here. Two of his racers were on display, Rare Bear and 232, but not racing. Thom Richards who pilots and owns the Griffon-powered P-51 Precious Metal raced in the F-1 class. He brought his P-51 racer on a flat-bed. Do you remember? Last year on the first stop of their cross-country flight to the races, the racer caught fire on the ground and was significantly damaged - luckily Thom escaped without physical injury. Thom is hoping to raise enough funds for a complete rebuild and return to the races soon. Help them if you can - I'm wearing my #38 shirt. His story continues - this time in the Formula One class. Bringing the old warbirds to the races for a week is hard work and takes money from the owner to make it through. Even with sponsors and the purse money, the owner has to dish out plenty to get his aircraft and crew ready, racing hard through the week and back home safe again. Even though we are seeing fewer the last few years, there are younger pilots taking control of these beasts. And where else can you see a P-51, or Seafury, or Bearcat going nearly 500 mph 50-100 feet AGL? Nowhere but Reno in September!

Some good news, the sport class is getting faster and growing in numbers. A nice change is to put the slower sport class racers on the T-6 course which is shorter than the standard Sport Class course. The action is close and fun to watch. Blue Angels! Yes the the US Navy Blue Angels are highlighting this years show each day. They are always incredible to watch. Check out some of their in plane videos on YouTube - awesome - close formation flying in an understatement. The USAF brought their newest fighter, the F-35. It sat in the display area, heavily guarded. The coolest jets to show were the 2 RF-4 Phantoms. They showed those F-35 jocks how to beat up an airfield on arrival. Also on display was the very cool looking F-15 from Oregon - best paint by far.

Strange year for mishaps on the ground. Some were extremely minor, but a few were near disaster. A couple of ground-loops, one being blamed on the large expansion joints in the runway and the very small tailwheels on the Biplane and F-1 classes. The unlimiteds proved that the hot/cold runways sides work and save both pilot and plane. The biplanes proved that they should be doing this. The F-1 and Biplane starts will be getting some procedure reviews after Thom Richards engine quit just before the flag dropped. He signaled - the race was not supposed to start - but it did, and Steve Senegal was right behind him and blind with his tail on the ground. He started like normal and collided with Richard. Senegal's wing hit the cockpit of Hot Stuff - the video is chilling. Richard broke his hand but it could have been much worse. Air racing is dangerous. Many precautions are taken, and as incidents happen we can learn and make changes to further the safety of the world's fastest motorsport.