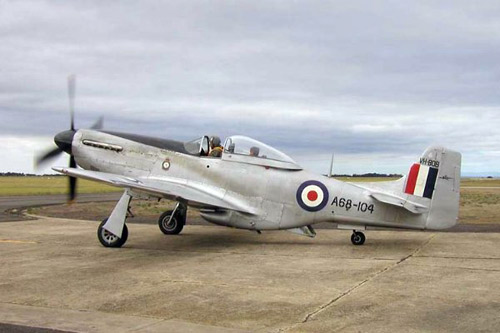 In 1942 the Royal Australian Air Force (RAAF) was looking for a new fighter aircraft. They decided on the P-51 Mustang as their high altitutde interceptor. In late 1943, an agreement between NAA and the RAAF was reached. An Australian aircraft company, Commonweath Aircraft Corporation (CAC), would build P-51Ds under license in Australia.

Australia also received 298 P-51Ds from the U.S. under Lend-Lease. After the Aussie Mustangs were surplussed, Australia became a popular site for P-51 airframes and parts. Restorerers and collectors alike would travel down under to make deals and trades. Several P-51s have remained in Austalia and are kept airworthy and well cared for by their pilots and owners.